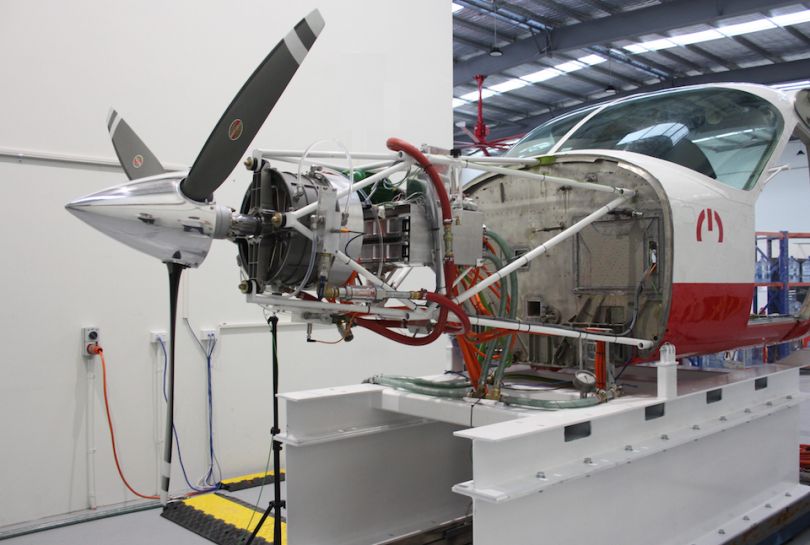 While Redmond’s business parks might look benign from the outside, those subdued exteriors often belie the fascinating work going on inside. Microvision is working on laser projection technology, for example, while SpaceX’s local contingent contributes to the company’s migrate-to-Mars mission and Helion Energy pursues nuclear fusion.

And now a new player has arrived, determined to transform commercial aviation.

MagniX was founded on Australia’s Gold Coast in 2009 as a research and development lab for electronic propulsion. Around 18 months ago, the team developed a prototype for a motor that was able to produce 350 horsepower in a 110-pound package, prompting a pivot toward aerospace. Last week, the company officially opened its new Redmond headquarters.

“Our goal is to be the leader in aerospace electric propulsion,” CEO Roei Ganzarski said, adding that Australia isn’t exactly an industry hub. “And not only do you have Boeing in Seattle, but you have universities with phenomenal aerospace programs, suppliers to Boeing — even the suppliers’ suppliers.”

The company currently employs 17 people in the new Redmond office and testing facility, in which the company’s 350 horsepower motor was on display when Built In Seattle visited recently. Ganzarski said he plans to grow the company’s local headcount to as many as 30 within the next few months.

Because magniX is building a new kind of motor, it must also build its own software and power electronics, working with a specific set of materials, a proprietary motor design and a proprietary liquid cooling system. In addition to its 350 horsepower motor, the company recently began building a 750 horsepower version and plans to test both in three separate test flights by the end of the year.

Interestingly, magniX is fully funded by an anonymous owner, which Ganzarski said allows his team to focus on the task of putting electric motors in commercial aircraft — without being distracted by side projects to prove its technology to potential investors.

“You’d be surprised at the types of people that call us,” he said. “They want to put our motors in super cars, super bikes, personal airplanes, you name it.”

Ganzarski is bullish about the electric motor’s long-term potential to transform the aerospace industry and our local communities, and his enthusiasm is infectious. According to magniX, the startup’s electric motor has innumerable advantages over the gas-guzzling engines we currently fly on: Aviation currently accounts for three percent of all carbon emissions in the United States; electric motors run much more quietly than their fossil-fueled predecessors. What’s more, magniX claims its electric motors can offer savings of 70 to 80 percent over traditional engines — making flying not just cleaner, but cheaper too.

“A lot of jet engine companies today sell their engines at cost — some might even say below cost — and make it all up in the services and spare parts you need later,” Ganzarski said. “Guess what? We don’t require ongoing services. Our motor has one moving part.”

“If you’re thinking this will replace a 737, it absolutely will not,” Ganzarski said. “That’ll take 40 years. But based on current battery technology, this motor is capable of replacing a gas-guzzling engine right now in a small aircraft that’s traveling 50 to 100 miles per trip.”

While magniX waits for battery technology to improve, it plans to begin installing its electric engines in smaller commercial aircraft — capable of carrying up to ten passengers — which travel 200 miles or less.

The possibility of significantly cheaper, quieter and more environmentally friendly short flights also has the promise to transform certain communities. Ganzarski points to the example of Ellensburg, Washington, a two-hour drive from Seattle over the Cascade mountain range.

“Ellensburg has three airfields, but it’s too small to fill a large Delta or Alaska Airlines plane, making the flight too expensive,” he said. “But when you can provide 70 to 80 percent lower operating costs per flight hour, not just Seattle but any airfield around here — Renton, Snohomish, Bellingham — can connect with Ellensburg.”

In other words: a two-hour drive suddenly becomes a 50-minute flight — less time than many Puget Sound commuters spend in their cars each day — for around the cost of a bus ticket. 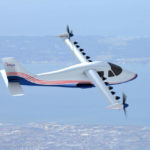 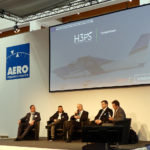 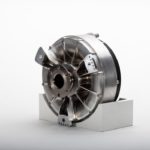 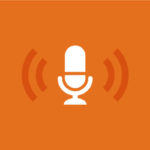 Podcast: How Electric Propulsion Will Shock the Aerospace Industry